I was disposed to like NBC’s new sitcom Perfect Harmony before I saw because I this favorable piece on it.

Containing elements of rural life, Christians, and comedy, I thought it sounded like a lot of fun and eagerly checked it out.

But whenever there’s a mainstream show or movie featuring Christians, you never really know if the content is going to go sideways or stay unoffensive and good (i.e. ABC’s Catholic comedy The Kids Are Alright, which began great and then started to get more and more irreverent).

So now that we’re a good few episodes into the first season of this show, I thought it’d be a good time to offer my take on it (spoiler: I like it).

A somewhat snooty retired Ivy League music professor named Arthur (Bradley Whitford) has just lost his wife and buried her in her middle-of-nowhere hometown. He’s depressed and considers committing suicide at the start of the pilot episode – not exactly a recipe for comedy, but it quickly gets .

Before he can kill himself, Arthur hears the terrible singing of a nearby church choir, and he can’t refrain from going to criticize them. He promptly passes out, but when he wakes up the next morning, he meets the good folks of the Second First Church of the Cumberlands choir.

These people can’t sing very well, but they are kind and big-hearted. Arthur couldn’t care less about their kindness, but he (obviously) ends up staying to help coach them.

The first episode revolves around an upcoming competition between rival church choirs, and later episodes find a lot of other fun ways to feature the choir’s singing and the continued need for Arthur to coach them.

But more than him teaching them how to sing well, they teach him how to grow as a person.

This show is often hilarious and very well-written.

The acting is good (headed by Whitford plays Arthur, with the most prominent of the townsfolk characters played by Anna Camp from Pitch Perfect), and the singing isn’t bad either. It’s not a full-on musical like Glee where people burst into song spontaneously, but there is plenty of more grounded causes for singing in most episodes.

It’s also nice to see Christian characters and church life (albeit Protestant) featured prominently in a show. We could certainly use more of that in our TV and movies.

Though for the most Perfect Harmony seems fairly respectful of Christians so far, there’s a bit of light irreverence here and there.

Mostly it’s things that are more a gentle fun-poking at Christians and not too offensive, but occasionally it’s a bit much (i.e. the Halloween episode featured Halloween carols that were reworded Christmas carols like, “O Little Town of Death-lehem”). But so far, actual cringe-inducing irreverence has been rare.

There is some crude and sexual humor here and there, some mild language, but nothing too bad in most episodes (though some of the last few episodes that aired were definitely a little heavier on this material — hopefully not a sign of things to come).

The only other issue is that two of the choir members were married and are in the process of divorcing. It’s nothing we don’t see elsewhere in TV and society in general, but I do wish that a show about Christians didn’t have a plotline that furthers the normalization of divorce and broken families.

Perfect Harmony isn’t perfect. But it’s good. Though it’s not without its faults, I feel like it’s more wholesome than a lot of the entertainment options out there. And it’s definitely quite funny.

I’ll be watching this one, and hoping it stays good.

Since Adrienne filed this story, I got to see the Christmas episode of the show, called Merry Jaxmas (be alert for some spoilers), which aired Dec. 12. The church's Reverend Jax (Rizwan Manji) is up in arms because his missionary adoptive parents (Tom Amandes, Kate Burton) --- and, as it turns out, his latest adopted sister (Ayana Manji, Rizwan's daughter) -- are coming for the annual Christmas concert. 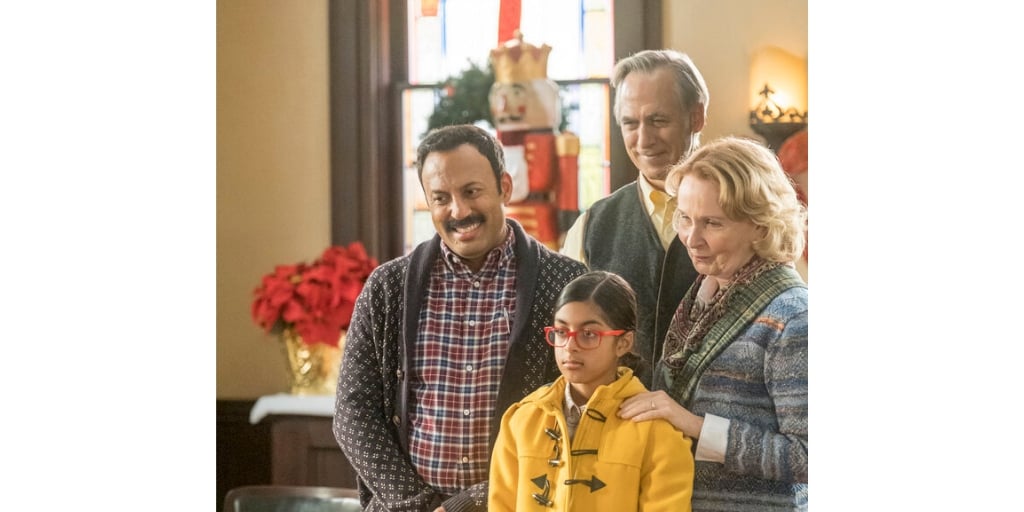 The perpetually insecure Jax is sure he won't live up to his parents' high expectations. On top of that, when they turn out to be big fans of Arthur (and Arthur is equally as big a fan of their 2 million YouTube subscribers), concert plans are overturned. Eventually, Jax is persuaded to let his own personality shine through in the show.

Meanwhile, the divorced couple mentioned above are renewing their relationship on the sly -- and things could take a serious turn.

The episode was charming, and it gave me all the feels. I won't give away all the surprises, but at the end, Jax does declare, "Keep the Christ in Christmas!" -- something not even Hallmark's landslide of Christmas movies will say.

Like Adrienne, I'm wary of all mainstream shows that deal with Christianity -- and one never knows what's to come -- but so far, Perfect Harmony is hitting most of the right notes.

You can catch up with Perfect Harmony On Demand, at NBC.com and on Hulu.

Adrienne Thorne is a Catholic mom, blogger and screenwriter. Reprinted with permission from A Thorne in the Flesh.