Netflix's 'Lost in Space' Is an Exceptionally Well-Done Family Show

The huge lack of quality entertainment the whole family can watch together became really apparent to me once my oldest kid was around two.

I quickly realized that, if I wasn’t watching something animated, there is very little out there that I could watch with him in the room that wouldn’t be teaching him a plethora of terrible things.

By now I’ve found that there are some family-friendly options out there, but to be honest, most of them really suck. Cheese, cheese, cheese, for the most part.

When I saw that the Netflix series Lost in Space (a reboot of the ‘60s show of the same name) was only rated PG and looked to be fairly high-quality, I decided it would be worthwhile to check out.

The series is set sometime in the future when conditions on Earth have become unstable. So we follow the Robinson family (mom, dad, three kids) who have joined a group of people space-traveling to go colonize another planet.

When disaster strikes their ship, the family (and some others) crash-land on an unknown planet.

The mom is a rocket scientist, and the dad is an ex-Navy SEAL. Oldest daughter Judy is an 18-year-old medical doctor; middle daughter Penny is a snarky bookworm; and preteen Will is a somewhat shy kid who befriends an alien robot.

The family battles hostile and unpredictable conditions, some relationship drama, and a certain villainous character who is pretending to be something she’s not.

Lost in Space Is Quite Compelling

I was expecting some cheese, since it’s a PG show and seems to be aimed at family viewing. But the acting was quite good for the most part, and the writing about a thousand times better than most family shows I’ve seen.

The production quality is high in this show as well. There are a lot of special effects for the space-y look of it, and only very rarely do they look less than stellar.

How Family-Friendly Is Lost in Space?

We started watching this show with our kids (5-year-old boy and 2-year-old boy), and they liked it a lot at first. But it got to be a bit on the scary side by about half-way through the first episode.

We eventually decided it was too intense for them (quite a bit of peril) – but I think it speaks to just how good it is that my husband and I decided to keep watching it ourselves.

So this show definitely has quite a bit of scary material where it seems like people will die/have died, some side characters do in fact die, and there’s a scene where someone has to cut into a person’s leg with a scalpel (only shown for a sec). 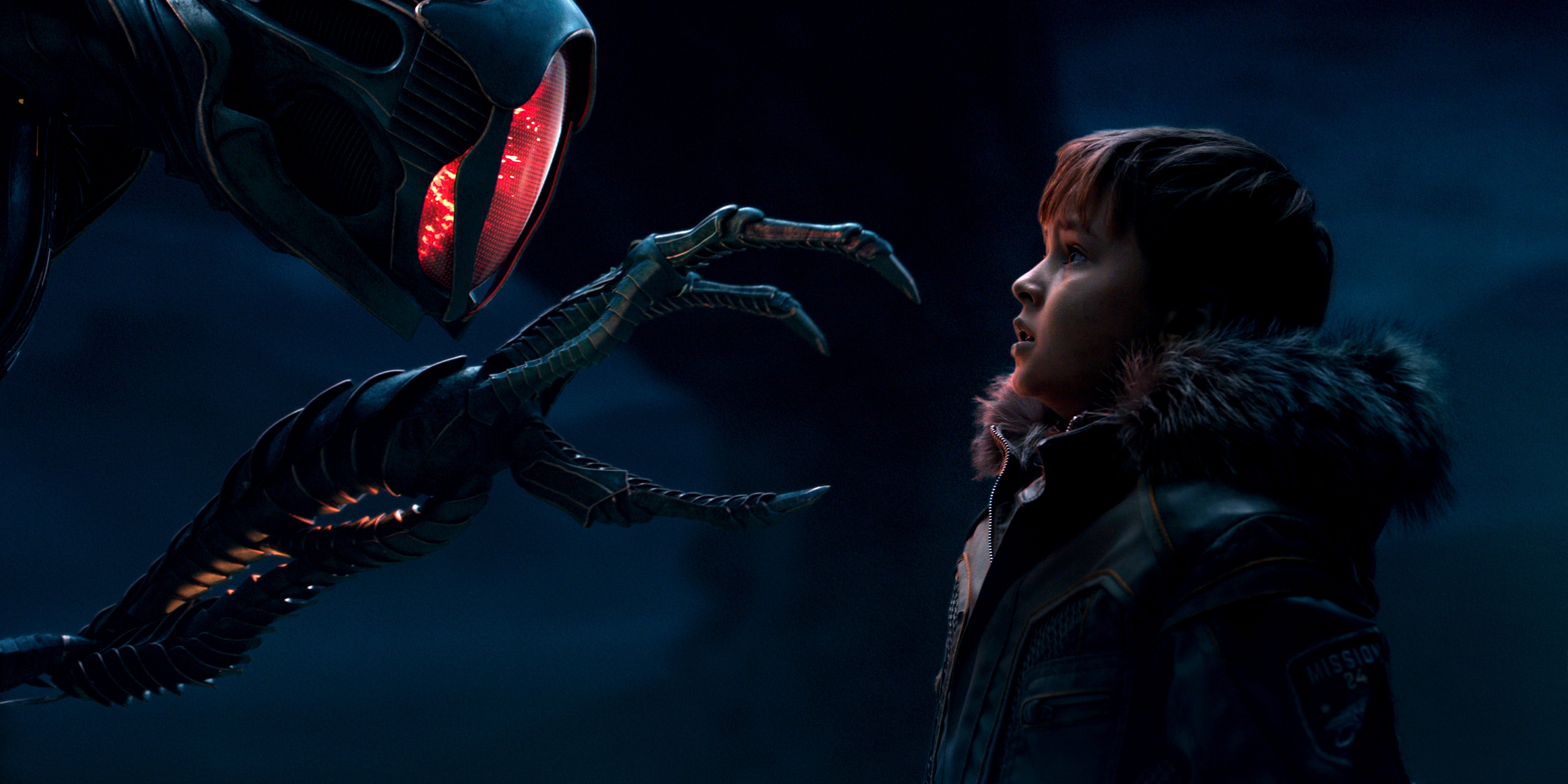 There’s also a bit more language than should really be in a PG show in my opinion (s-word a couple times, a-word a few times, and a cutaway right as someone starts to say what sounds like will be the f-word).

There’s no sex at all, though there is a scene where a character starts kissing someone to distract them, which feels for a second like, “Where is this going?” It ends quickly, though.

This One Is Worth Watching

This Lost in Space reboot might be a bit much for younger kids, but this would definitely be a fun, pretty clean watch with older kids.

Or a fantastic choice for adults who are sick of, you know, the normal stuff you get in shows these days.

Luckily, Netflix has renewed it. Season 2 of Lost in Space should be coming out later this year or early next year.

Adrienne Thorne is a Catholic mom, blogger and screenwriter. Reposted with permission fromA Thorne in the Flesh.