I would like to devote this year’s Message to the theme of storytelling, because I believe that, so as not to lose our bearings, we need to make our own the truth contained in good stories. Stories that build up, not tear down; stories that help us rediscover our roots and the strength needed to move forward together. Amid the cacophony of voices and messages that surround us, we need a human story that can speak of ourselves and of the beauty all around us. A narrative that can regard our world and its happenings with a tender gaze. A narrative that can tell us that we are part of a living and interconnected tapestry. A narrative that can reveal the interweaving of the threads which connect us to one another. MESSAGE OF HIS HOLINESS POPE FRANCIS
FOR THE 54th WORLD COMMUNICATIONS DAY

On May 24, the Vatican’s 54th World Communications Day, the Sunday New York Times print edition published a Spike Lee cover story (read it here) in the Arts & Leisure section. Earlier, on the Jan. 24 feast day of St. Francis de Sales, patron of journalists, Pope Francis released his message (read the whole thing here) for the upcoming World Communications Day. The two’s approach to storytelling, while coming from divergent starting points (religious and non-religious) end up reading surprisingly similar. In Lee’s words, “They are plenty of real heroes …Just tell the truth, and it will be captivating.”

So, screenwriters should start with truth, and characters that reveal truth, and the artistry follows. Lee's better films, in my opinion, are those that tackle truth, leaving moral judgments to the audience. My pick for his best film, Do the Right Thing (while released in 1989, still has lasting import when considering recent events) does not propose an airtight solution to racial strife. The film closes with a secular parable of sorts: a Martin Luther King, Jr., quote pairs with a Malcolm X one. 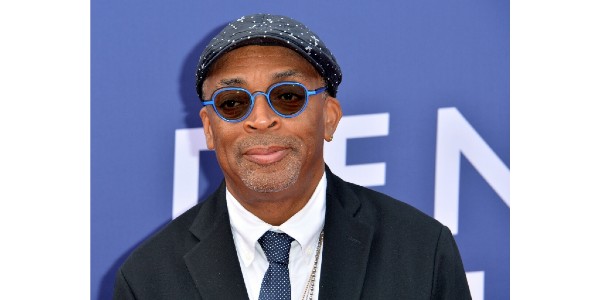 In Church circles, we talk often about the beautiful, the true and the good. With the exception of Bishop Robert Barron, who proposes we lead with beauty, rarely are the three arranged in any kind of systematic order.

With Pope Francis’ letter on storytelling, he offers another take, beginning with telling the truth of a story, which is inextricably bound to the craft of telling that story. The Holy Father writes in metaphor, suggesting the craft is intertwined with the object it is crafting. “Textile” and “text,” he points out, both derive from “weave”.

The Pope it seems, gives a slight nod to leading with truth, knowing an artist follows this closely, if not concurrently, with their professional craft. Morality, then, the audience distills from telling the truth through beauty: “Often we decide what is right or wrong based on characters and stories we have made our own.” Tell the truth, and a “good” story follows. “Good” referring to a well written story and positive values drawn from the story.

“Bad” stories then, both badly written and devoid of moral takeaways, Pope Francis says come from a storyteller lying about the subject matter they are considering, a conscious or unconscious instinct dating back to Eden.

The audience might find the film captures the zeitgeist of the current moment and therefore lives a “short lifespan.” Rarely does it “transcend the confines of space and time,” Francis suggests. Looking at recent Oscar history, I count one film from the past four years that garnered best-picture nominations but could critically be placed in the “bad” category, as a story that lied about the subject matter it crafted.

The pope centers his message, of course, on Jesus Christ. We know too well of our Lord’s profession of carpentry but often overlook His knack for storytelling. His best storytelling comes in the form of parables, the literary art form of His day. Parables marked an artistic, non-intrusive way of illuminating theological truths while leaving the moral conclusions to be puzzled over and debated for millennia afterwards. Parables need not be overtly religious in content, either, as a couple Jesus told did not even mention the word “God.”

Parable-like storytelling might provide us hope and a bridge between the secular and religious. My favorite character from Do the Right Thing is Mister Senor Love Daddy (Samuel L. Jackson). Through his soulful radio voice, he kept the Bed-Stuy neighborhood abreast of happenings. I argue his narrative sign-off rolled truth and poetry into one, while subtly acknowledging a certain Biblical figure, herself a beautiful story, by saying: “and that’s the truth, Ruth.”