Long a TV haven for beautifully produced drama -- frequently, but not universally, suitable for middle-schoolers and up -- PBS "Masterpiece" has more great literature and family drama in the pipeline.

Just don't expect any of these to appear soon.

"Les Miserables" (currently in production to air in 2019)

Victor Hugo's classic novel has already been adapted into a hit musical, which also became a hit movie -- both of which maintained the Catholic core of the 1862 story, which culminates in the 1832 anti-monarchist June Rebellion in Paris (not the French Revolution, that was from 1789-1799).

The six-part BBC/"Masterpiece" production stars Dominic West ("The Wire") as Jean Valjean, whose minor misdeed runs him afoul of the authorities -- especially the relentless policeman Javert (David Oyelowo). But the kindness of a bishop, which the desperate Valjean repays by stealing from him, sets Valjean on a winding path that ultimately leads to his transformation and redemption.

The writer is Andrew Davies, who has adapted many classic novels for the screen, including the BBC's acclaimed 1995 version of Jane Austen's "Pride and Prejudice."

The BBC has released some pictures. In order: Collins, West and Oyelowo. 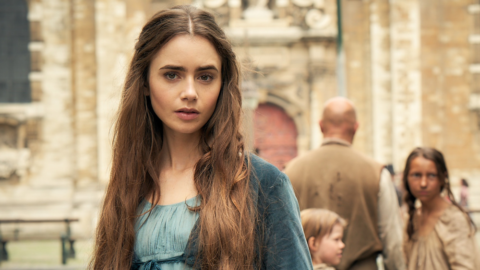 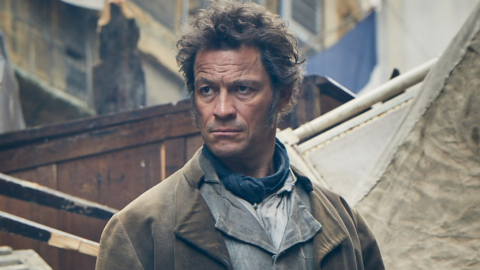 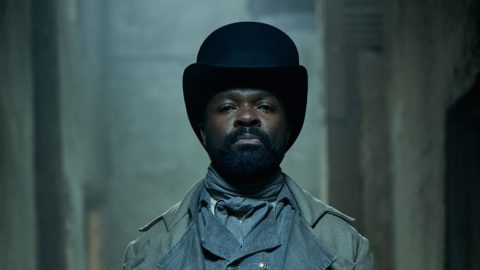 Andrew Davies is also adopting Jane Austen's "Sanditon," left unfinished at her death at the age of 41. He's expanding the 11-chapter fragment into eight 60-minute episodes, produced by "Masterpiece" in partnership with ITV, and distributed by BBC Studios.

Written only months before Austen’s death in 1817, Sanditon tells the story of the joyously impulsive, spirited and unconventional Charlotte Heywood and her spiky relationship with the humorous, charming (and slightly wild!) Sidney Parker. When a chance accident transports her from her rural hometown of Willingden to the would-be coastal resort of the eponymous title, it exposes Charlotte to the intrigues and dalliances of a seaside town on the make, and the characters whose fortunes depend on its commercial success. The twists and turns of the plot, which take viewers from the West Indies to the rotting alleys of London, expose the hidden agendas of each character and sees Charlotte discover herself… and ultimately find love.

ITV’s Head of Drama, Polly Hill commented: “It’s a rich, romantic, family saga built upon the foundations Jane Austen laid. There is no one better to adapt her unfinished novel than Andrew who has an incredible track record for bold and original adaptations. We’re delighted to commission Sanditon from Belinda Campbell and her team at Red Planet Pictures.”

And, said Davies on assuming the task of channeling Austen:

Jane Austen managed to write only a fragment of her last novel before she died – but what a fragment! Sanditon tells the story of the transformation of a sleepy fishing village into a fashionable seaside resort, with a spirited young heroine, a couple of entrepreneurial brothers, some dodgy financial dealings, a West Indian heiress, and quite a bit of nude bathing. It’s been a privilege and a thrill for me to develop Sanditon into a TV drama for a modern audience.

"Downton Abbey" (feature-film sequel planned; not in production yet)

Directing is Brian Percival, who directed the series' pilot; plot details are unknown. The writer is British Catholic Julian Fellowes, who's also writing a 10-part series for NBC called "The Gilded Age." Set in 1880s New York City, it follows the conflict as the city's old-money families have to deal with a sudden influx of social-climbing nouveau riche.

Said Fellowes in the U.K. Guardian:

To write The Gilded Age is the fulfilment of a personal dream.

I have been fascinated by this period of American history for many years, and now NBC has given me the chance to bring it to a modern audience. I could not be more excited and thrilled.

The truth is, America is a wonderful country with a rich and varied history, and nothing could give me more pleasure than to be the person to bring that compelling history to the screen.

We'll have to wait and see how many of these productions will be suitable for the whole family, but at least we know they'll be intelligently written -- and these days, that's something.

Learn more about Family Theater Productions’ upcoming, new and vintage productions as well as our Hollywood Outreach Programs; and, of course, you’ll find us on Facebook. Visit our YouTube and Ustream Channels for our contemporary and classic productions.