Faith and Family News: Movies From Jonathan Roumie and Russell Crowe, Plus Gladiators

This month in faith & family entertainment news: The Chosen star's new movie gets a release date; Russell Crowe dons a collar; and History goes to Rome.

The Revolution Will Be Screened

Normally, Jesus-themed movies come out either at Christmas or Easter, but Jesus Revolution -- about the charismatic "Jesus movement" in Southern California in the '70s -- is planning something different.

According to social media and the IMDB, the film, currently in production from the Erwin Brothers and their Kingdom Story Company at Lionsgate, is set to come out on Feb. 24, 2023 (which is just after the beginning of Lent).

Here's a photo posted on the Erwin Brothers' Facebook page: 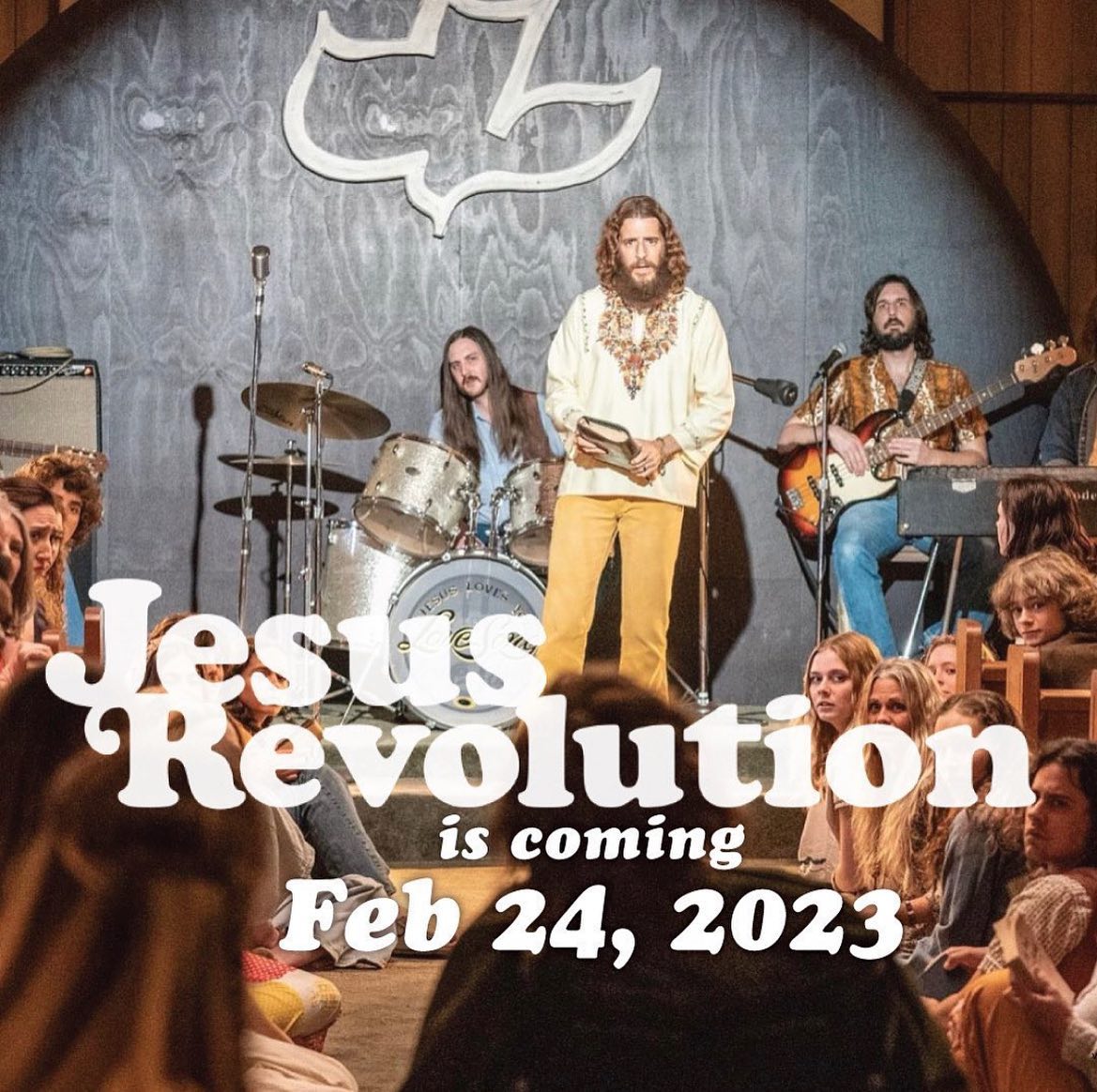 Russell Crowe to Star in The Pope's Exorcist

A headline similar to the above caused film reviewer and Catholic Deacon Stephen Greydanus to tweet this on June 27:

And this story followed, in the Hollywood Reporter:

Russell Crowe is set to star in The Pope’s Exorcist, a supernatural thriller that Julius Avery, the helmer behind the 2018 horror movie Overlord, will direct for Screen Gems.

Crowe will portray real-life figure Father Gabriele Amorth, a priest who acted as chief exorcist of the Vatican and who performed more than 100,000 exorcisms in his lifetime. (He passed away in 2016 at the age of 91.)

Amorth wrote two memoirs — An Exorcist Tells His Story and An Exorcist: More Stories — and detailed his experiences battling demons that had clutched people in their evil.

Setting aside the fact that Crowe looks nothing like the elfin Father Amorth, this film could either be good or absolute rubbish.

But, Catholic producer Michael Patrick Kaczmarek and Loyola Productions (based at Loyola Marymount University) are also in the mix, so we'll see.

Previously, The Exorcist director William Friedkin did a documentary on Father Amorth, called The Devil and Father Amorth. More on that here.

Any visit to Rome for a Catholic is hardly complete without a swing through the Vatican and through the Colosseum, a building that represents the martyrdom of so many early Christians.

And, speaking of Russell Crowe, his star turn in Gladiator reintroduced audiences to the lives of enslaved people forced to fight each other and beasts in the massive structure.

On July 17 at 9 p.m. ET/PT (streaming at the website the next day), History premieres the eight-part series Colosseum.

The eight-part series vividly brings to life the rise and fall of the Roman Empire through the lens of one of the most exhilarating and brutal arenas in the history of humanity–the Colosseum.

From the savage truth of a gladiator’s life as a slave-warrior to the fascinating ways Rome’s Emperors used the vast amphitheater to demonstrate total power, “Colosseum” offers viewers a unique and personal look inside history’s most iconic empire.

Each episode pinpoints one of eight key and diverse characters -– all based on real people from history. Spanning several hundred years, the series unfolds chronologically, from the arena’s astonishing opening day to its very last games.

I've gotten to see the first episode. It's handsomely produced but pretty graphic, so I wouldn't share this with younger children.

Not having seen the whole series, I can't say for sure, but those expecting to see the martyrdom of Christians may be disappointed. The actual Colosseum may be more of a symbol of martyrdom than the site of it.

From a Zenit story at EWTN:

ZENIT: Which were the main places of martyrdom in Rome?

Bisconti: The small persecutions took place in open environments, not always specified. During Nero's time, they were carried out especially in amphitheaters, not in fact in the Colosseum, but in amphitheaters and amusement places and also in the emperor's gardens.

It is known that, in gardens of the emperor Nero, Christians were burnt as human torches at sunset; ancient authors tell us. Many Christians were also crucified in several urban and suburban places of Rome during the circus games.

Tacitus and Suetonius tell us that some were destroyed by beasts, while others were murdered by the "retiari," the gladiators, with nets and tridents.

But also in other cities such as Lyon in France, in the amphitheater of Carthage in Africa, where there is more detailed information because they are recorded in the minutes of the martyrdoms.

Bisconti: Yes, but we don't have literary information or any other sort of information to give us certainty. The persecutions took place in the 3rd century, when the Colosseum was no longer being used. This is the historical or chronological problem.