We finally won an Emmy. It only took 75 years. Of course, Family Theater Productions has won many other awards (Gabriels, Christophers, etc), but this one is special.

It's also not the first accolade for the winning film.

The House That Rob Built previously won a 2022 Christopher Award, and tied with the Oscar-winning Summer of Soul for best documentary from the 2021 International Catholic Film Critics Association.

Said a story at KYSSFM.com, based in Missoula, Montana:

Okay, so maybe the statue of the winged woman isn't holding a basketball over her head, about to put in a jump shot (supposedly it's an atom).

But please indulge us and let our imaginations get a little out of control as we salute the latest lofty recognition that was earned over the weekend for "The House That Rob Built," the amazing documentary chronicling the rise of University of Montana Lady Griz basketball.

The film chronicles the 38-year career of Rob Selvig as the head women's basketball coach at the University of Montana.

Starting in the late '70s, when Title IX was just beginning to open up opportunities for female athletes, Selvig drew players from small towns, ranches and Native reservations, building the Lady Griz into a winning squad.

“The House That Rob Built,” a film about Lady Griz Coach Robin Selvig, won Best Documentary in the Cultural/Historical category in the Northwest Regional Emmy Awards over the weekend at a ceremony in Seattle.

Harrington and Cipiti were on hand to accept the award, as were Selvig and his wife, Jane, and other members of the production team.

As quoted in the state's Daily Inter Lake, Harrington said, upon accepting the honor:

“We are grateful to the Emmys for this honor,” said the film’s producer/writer/co-director Megan Harrington of Missoula. “The films in our category were outstanding, and it was a surreal moment being announced as the winner.

"The credit goes to the entire team … The film would not have been possible without Rob Selvig believing from the beginning in the greatness of women as athletes.

"As the 50th Anniversary of Title IX approaches, may we remember the pioneers, coaches and players who blazed a trail for love of the game. A special thank you to the Lady Griz family and Griz nation.”

Along with composer Grant Fonda, The House That Rob Built represents the third collaboration of Harrington and Cipiti for Family Theater Productions, preceded by The Dating Project and PRAY: THE STORY OF PATRICK PEYTON. 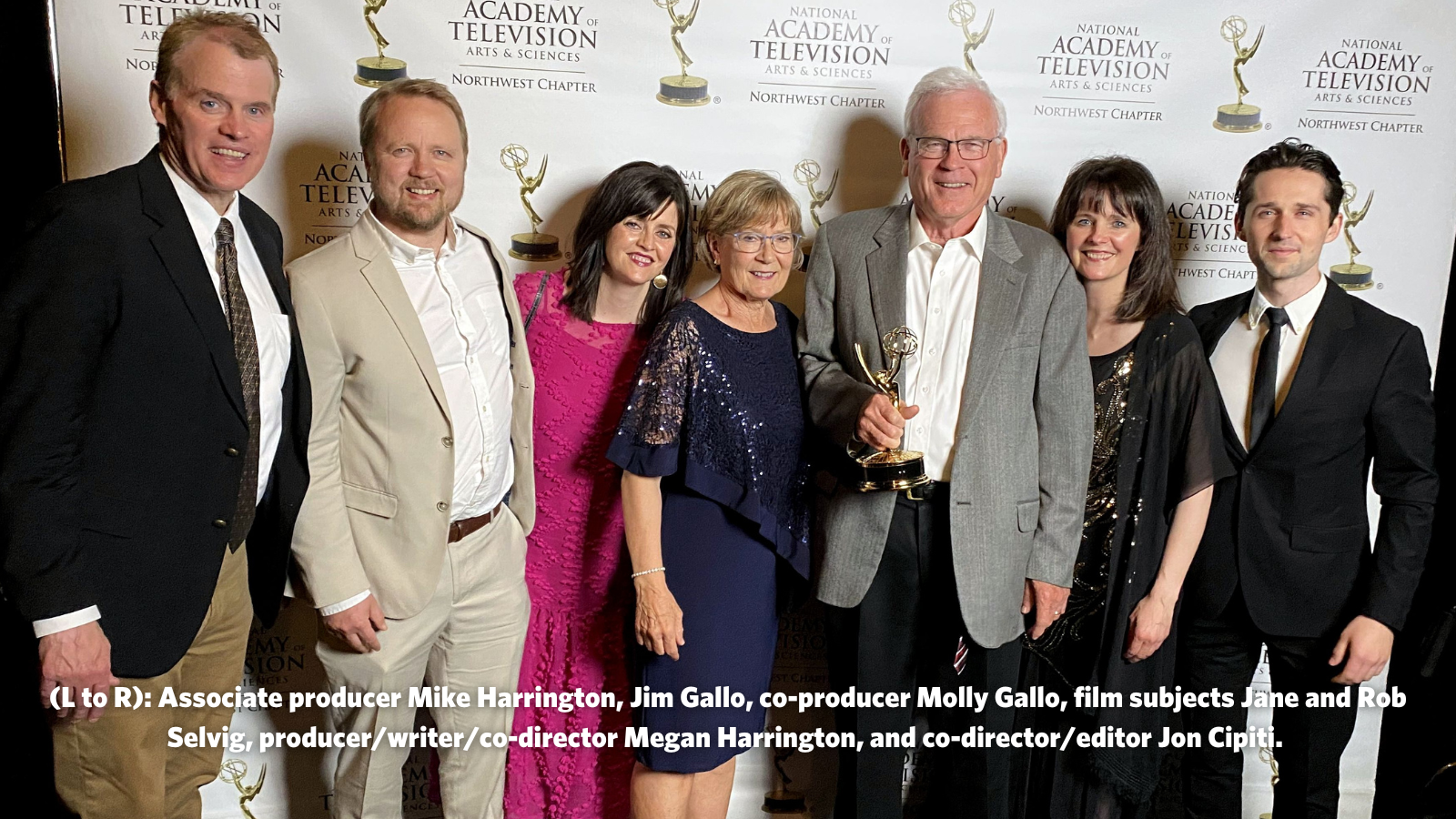 Distributed by 1091 Pictures, The House That Rob Built is available on digital, DVD and Blu-ray, and also streams for free on the ad-supported channel Tubi.

It can also be licensed for group and community screenings.